Lifetime earnings: Career LLC in SG vs Transition to China or Middle East, who Earns More?

For those who read my earlier article about the Lifetime earnings compared between an RSAF Pilot and a career Low Cost Carrier (LLC) pilot, you will know that both RSAF pilots and Airline pilots earn a respectable amount of money throughout their career.

In cause you forgot about that article, here’s a summary.

To ensure we are both on the same page, here are my assumptions for calculations. 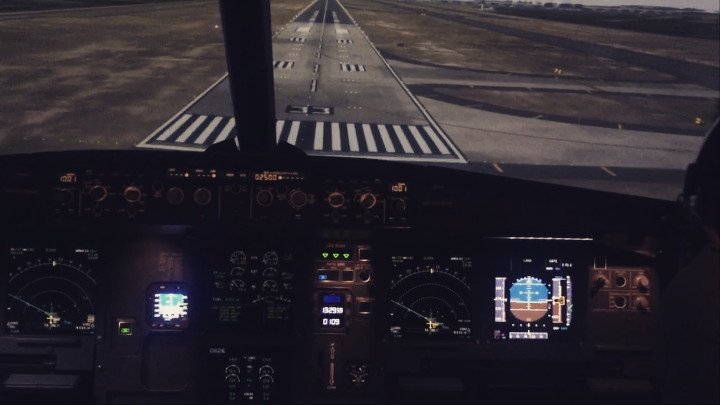 This individual paid for his own CAAS CPL, starting life in debt at $200,000. We assumed no opportunity cost or loan interest in this article.

At 24, finds a job in an airline and starts as Junior First Officer. During the first 6 months in the Airlines at age 24, this individual earns basic Junior FO salary for 6 months, becomes operational and earns the full salary with productivity for the next 6 months. As a JFO, this pilot should earn $96,000 a year.

After working for 1-2 years, this individual gets his 1,500 hours and gets promoted to Senior First Officer. At the rank of SFO, this pilot should earn a comfortable $130,000 a year.

At a young age of 30, gets promoted to Aircraft captain and continues working till 65 in this airline. As a Captain in an LCC, he should easily earn $210,000 a year.

Career LLC to Emirates as FO

Like the career LCC pilot, this individual found the opportunity to cross over to Emirates in Dubai at the age of 30. He couldn’t get a job with Emirates earlier on in his career because Emirates generally hire pilots with more hours.

After moving to Dubai, for the next one year, the newly hired Emirates pilot suffers a pay cut to $100,000 because of the transition and lower pay due to training.

Because the airline is much bigger and generally considered a legacy airline, the Emirates FO only gets his captain 6 years later, getting a bump in salary at the age of 38 to SGD$265,801.92 a year.

Career LLC to Emirates as CAPT 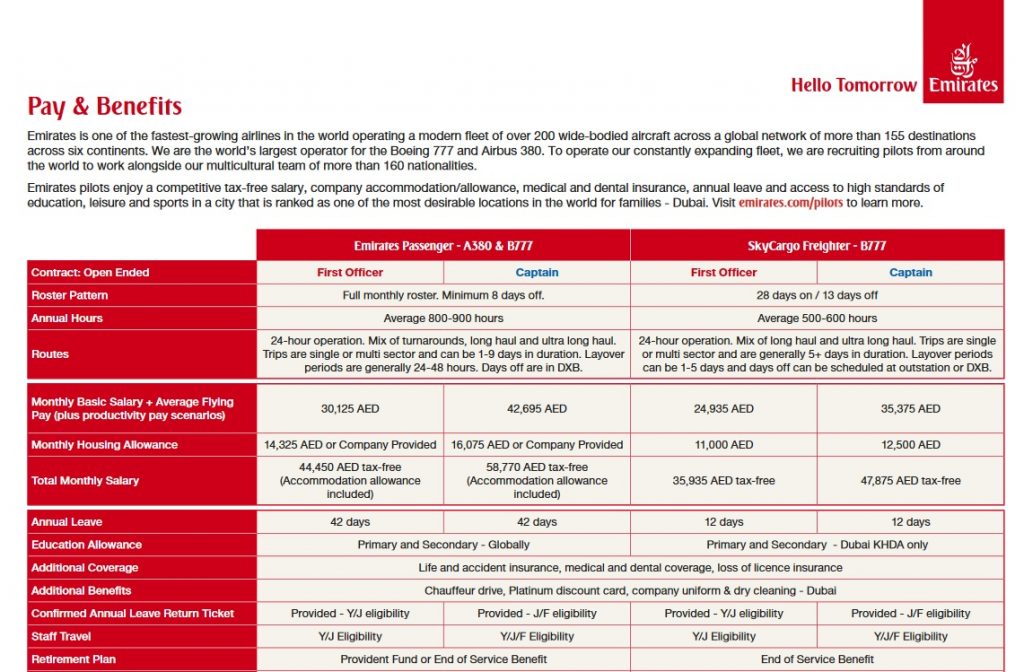 Differing from the Career LCC pilot who crossed over to Emirates as an FO, this individual grinded his way in an LCC in Singapore to become a Captain at the age of 30. He earns $210,000 for the year at the age of 30.

At the age of 31, he receives an offer from Emirates as a direct entry Captain and decides to make the switch. At 31, the new Emirates Captain earns just $150,000 because of training and the transition.

However, once he completes the transition at the age of 32, he starts to earn the full promised salary of $265,801.92. As Dubai is the land of Supercars, he decides he should spend some money to enjoy. Buys a Supercar to drive to the airport. annually and continues earning that for the rest of his life, fully adapted to riding the camels.

He continues to earn that annual salary for the rest of his life, fully adapted to riding a camel and a supercar.

Career LLC to Juanyao as FO 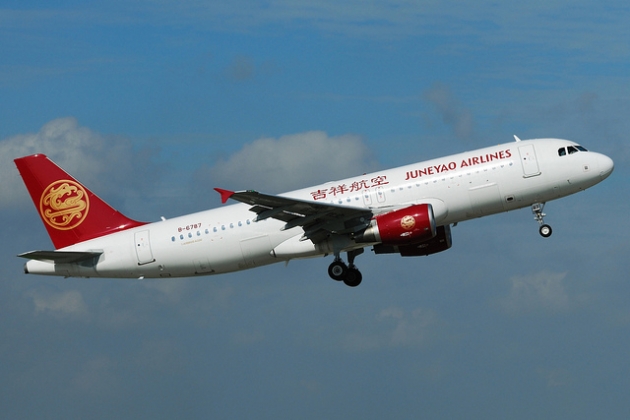 Similar to the Career LCC to Emirates as FO, this individual chances upon an airline in China called Juanyao. He wonders WTF (who the F) is Juanyao, but it really doesn’t matter because Juanyao lured him with a cool $225,000 annual salary as an FO.

So he crosses over at the age of 30, stays as an FO till 39, simply because Juanyao doesn’t need to upgrade their FOs, simply because they can buy any Captains in the world.

Finally gets his chance at 40 to become a Captain in Juanyao, and starts earning a cool $441,750.00 a year for the rest of his cool life. Oh, realises he has to retire at 60 because, in China, you can only be an airline pilot till 60.

But who cares, this Chinese Captain retires with $11,390,000 in lifetime earning, hopefully, survives the impending lung cancer. He begins to wonder, where did Juanyao get all that money from?

Career LLC to Juanyao as CAPT 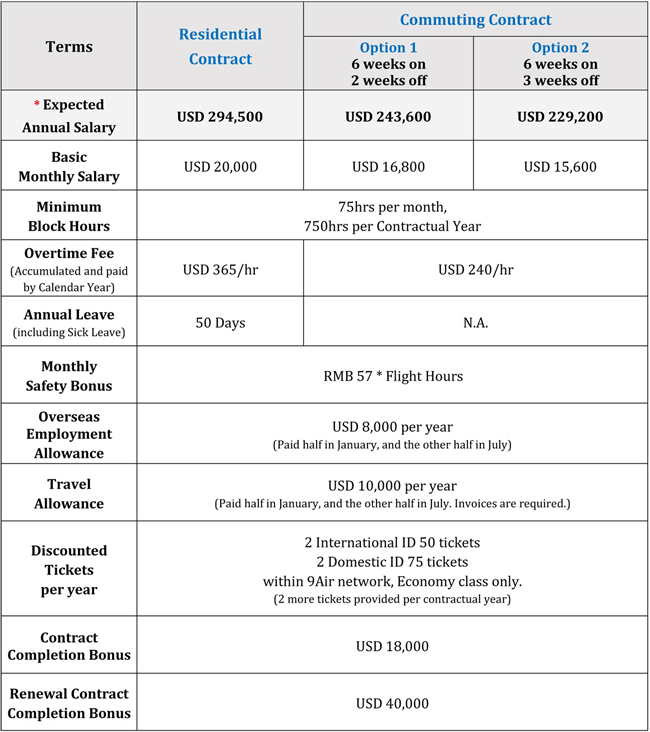 This individual heard of Juanyao from that dude that went as an FO and decided it will be his aim to cross over to Juanyao as a Captain. So he grinds his way to Captain in Singapore at the age of 30 and finally fulfilling his dream at 32. The age of 33 is kinda difficult as he only takes in a measly $300,000 for that year since he is under training.

But damn, at the age of 34, he draws a cool $441,750.00 as a fully online Captain in Juanyao. He wants to buy a supercar with his new wealth but realises that he has to wait for a permit. After waiting for a while to buy his supercar, he realises that he might as well walk since the average speed in Shanghai is 6km/h.

A transition away from Singapore, either to China or Dubai, will definitely allow a pilot in Singapore to outperform his peers in Singapore.

Based on the assumptions and my calculations, transiting to Emirates as an FO and as a Captain doesn’t make much difference, since the salary package doesn’t differ much between an FO and a Captain over there.

So, it really depends on what you want in life. Do you want to work in China, Dubai or Singapore?