Ever wondered who earns more? In this article, we compare different people who made different career decisions. I compared their …

Ever wondered who earns more? In this article, we compare different people who made different career decisions.

I compared their lifetime earnings with one another. And here’s the summary. 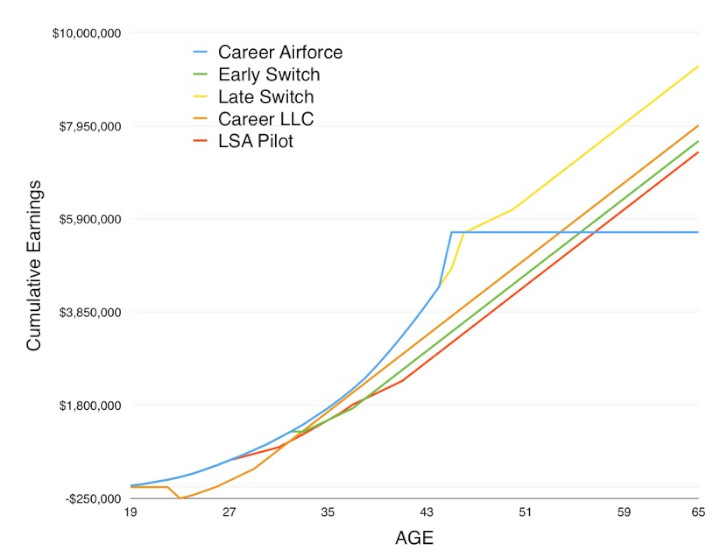 So, here are the assumptions. 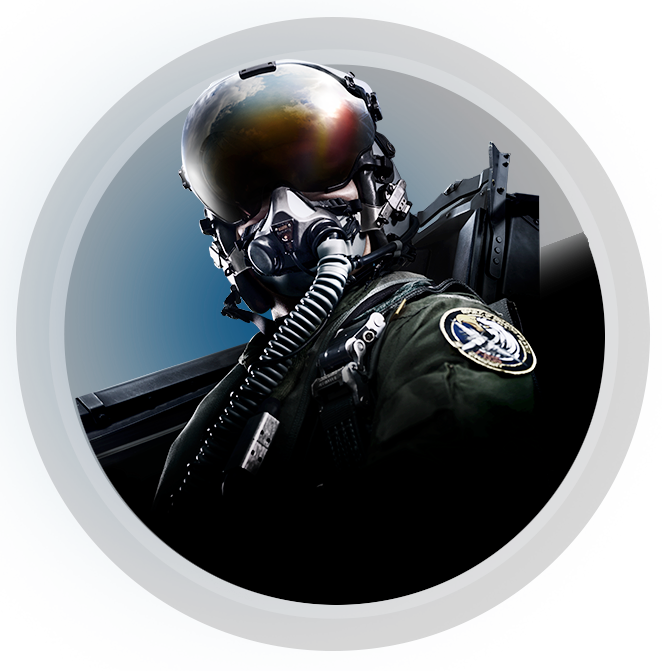 As a career Air Force pilot, this individual starts his career in the RSAF as a pilot trainee at 19. This dude should earn $32,000 a year for the first 2 years while training.

Upon graduation and achieving the wings at the age of 20, the RSAF pilot goes into the operational squadron for the conversion course and works as a Cat D pilot there after. This individual should get Cat B by 26. But life isn’t easy for this young pilot. He easily works 60-100 hours a week, but sees the bigger cause and works hard at work.

By 27, this individual should be earning a comfortable salary of $108,000 annually through the standard annual increments, increase in Cat allowance and LTA Grade 2. He realises that while work is really busy, somebody needs to be defending the nation. So he slogs on.

At 28, this individual gets promoted to CPT.

Retires from the RSAF at 45 with a lot of white hair caused by the years of overworking. Gets rewarded with a massive $800,000 tax-free SAVERS payout.

This individual is so happy with his nest egg decides to chill and retire with a lifetime earning of $5,609,196.80. Time to spend that money in some business. Or that Porsche that he always wanted and live the rest of the life poor. 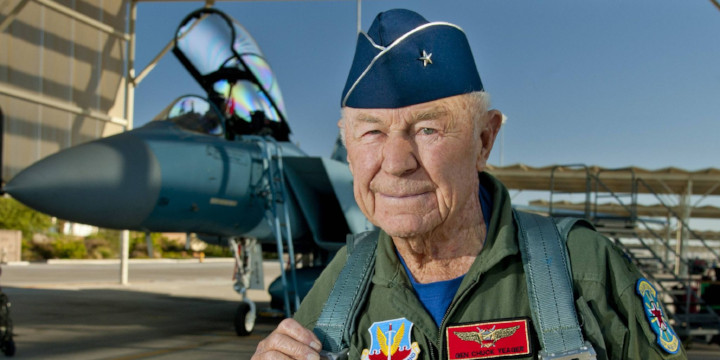 This individual had the same career as the Career Air Force person. But at 45, he decides he wants to enjoy commercial flying. He gets his FAA ATP at 45 (read about how much it will cost), makes the transition to a Low-Cost Carrier as a Senior First Officer.

During the first 6 months in the Airlines at age 46, this individual earns basic Senior FO salary for 6 months, becomes operational and earns the full salary with productivity for the next 6 months.

After 5 years, appointed as an aircraft commander and continues earning till 65 years old, retiring happily after earning a massive $9,265,196.80. 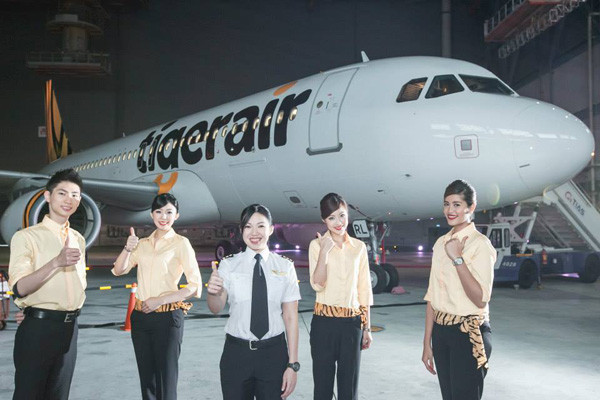 This RSAF Pilot decides enough is enough. He makes the switch early at the age of 32. He leaves the Air Force after the bond at age 32, begins his transition at 33. He spends money getting his FAA ATP and pays for his type rating, joins a low-cost Carrier as a Senior First Officer (read about how much the transition will cost here). He receives $6,000 from SAVERS which kinda helps (with nothing) for the transition.

During the first 6 months in the Airlines at age 33, this individual earns basic Senior FO salary for 6 months, becomes operational and earns the full salary with productivity for the next 6 months.

Continues his airline career and makes captain at 37. at 38 he starts to earn captain salary and continues on enjoying his new found relaxed lifestyle till the age of 65. Retires with a lifetime earning of $7,616,000. 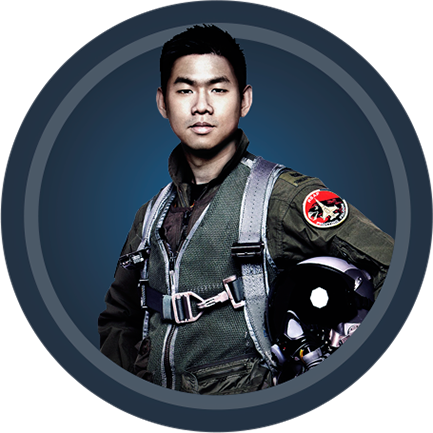 This RSAF pilot, enticed by the LSA pilot scheme, decided to go study at the age of 28. He needed a break because operational pilot life was draining his life away. During studies, school is fully sponsored, and he enjoys comfortable captain basic salary during school. Spends 4 years in university in exchange for a useless piece of a certificate.

After returning from school at the age of 32 serves out the study bond and made the transition at 37. At 37, SAVERS pays about $200,000, helping this pilot pay for his FAA ATP and type rating.

During the first 6 months in the Airlines at age 37, this individual earns basic Senior FO salary for 6 months, becomes operational and earns the full salary with productivity for the next 6 months.

Makes aircraft captain at age 41 and continues the jet-setting lifestyle till 65. Retires with $7,375,000 and wonders why the hell he took up LSA in the first place.

This individual paid for his own CAAS CPL, starting life in the red at $200,000. We assumed no opportunity cost or loan interest in this article.

At 24, finds a job in an airline and starts as Junior First Officer. During the first 6 months in the Airlines at age 24, this individual earns basic Junior FO salary for 6 months, becomes operational and earns the full salary with productivity for the next 6 months.

After working for 1-2 years, this individual gets his 1,500 hours and gets promoted to Senior First Officer. At a young age of 30, gets promoted to Aircraft captain and continues working till 65 in this airline.

If you are from a rich family and really want to fly. Don’t join the airforce. Just pay for your own CAAS CPL. Read about your options.

If you really want to fly a fighter. There are no guarantees, but you should join the air force, work hard in training, and hopefully get streamed to fly fighters.

If you are sick of life in the Air Force. Leave early. Don’t take up LSA.

If you want to take home the most in salary. Stay in the Air Force, join after you are retired from the Air Force.

If your family cannot afford your CPL and you really want to be a commercial pilot. Join the air force. Don’t get tempted by LSA. Don’t get tempted by the Major promotion. Invest wisely your Air Force salary. You can easily invest and grow your salary and leave the force with $1,000,000 in liquid assets. Leave the moment you finish your air force bond.

If your calling is to defend Singapore. Thank you for your service.