How I use CrewConnect with LogTen Pro X

With CrewConnect‘s export to LogTen Pro X feature, you’ll find the chore of logging of your flights a lot less tedious. …

With CrewConnect‘s export to LogTen Pro X feature, you’ll find the chore of logging of your flights a lot less tedious. This is how I use CrewConnect with LogTen Pro X.

CrewConnect downloads your roster from your company’s server and they add “awesome” features to your roster. They support a large number of airlines around the world and it is likely your airline is supported.

We will write another article within the next few weeks about the awesome-ness of CrewConnect. For today, we will be focusing on their “LogTen Export” feature.

What is LogTen Pro X?

There are a lot of features in LogTen Pro but today I will only be talking about how to use it with CrewConnect. Stay tuned for an article about LogTen Pro X in the coming weeks.

Well, why not? Especially if the alternative method is to manually enter the details (flight number, date of flight, departure time, arrival time, scheduled times, duty times, departure airport, arrival airport etc….) of every flight. If there was a way to save you time, shouldn’t you adopt that?

Once you have your roster in CrewConnect, CrewConnect allows you to directly export flights into LogTen Pro X. The advantages of exporting are as follows.

Automatically exporting these data reduces the chances of errors and makes your data in LogTen Pro X less prone to human input errors.

Since LogTen Pro X only runs on the iOS (iPhone and iPad) and on your Mac, only Apple users are able to enjoy this feature (time to switch?). The export feature requires you to be running CrewConnect on your iPhone and LogTen Pro X on the same iPhone.

First, you must download your roster from your company using CrewConnect.

After downloading your roster into CrewConnect, export your flights into LogTen Pro X by selecting “LogTen Export” 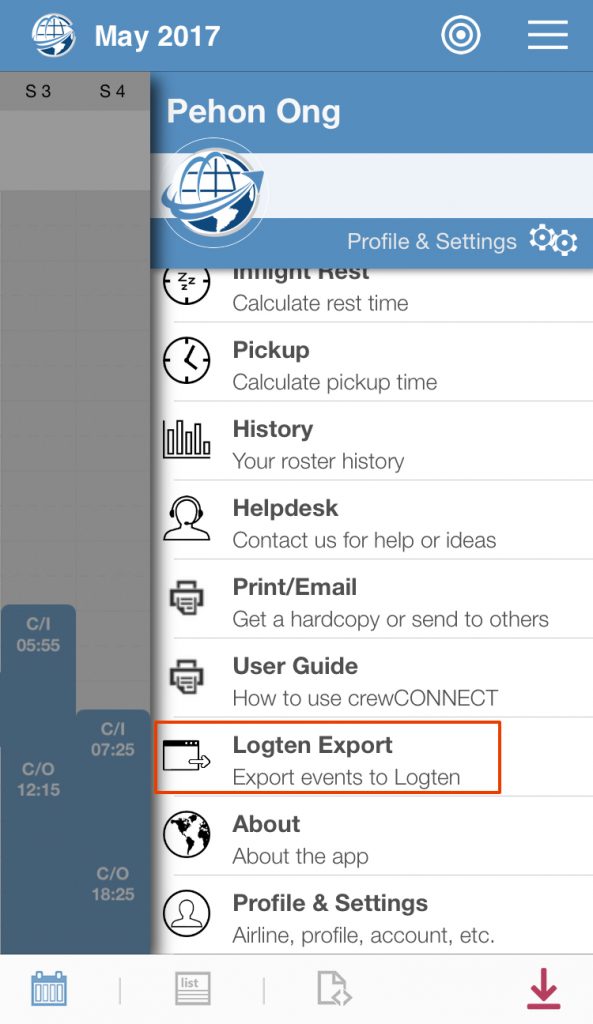 CrewConnect will ask you which flights you’ll like to export. Select the flights and tap on “Export”. Read the pro-tip at the end of this article about how many days ahead do I export these flights. 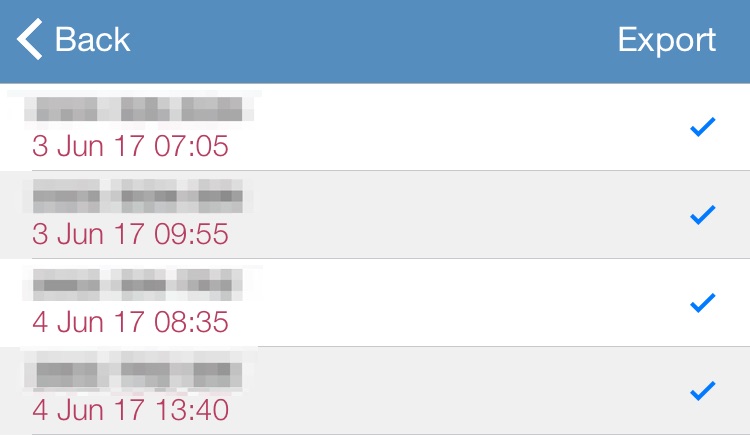 LogTen Pro X will automatically open up and show a prompt to confirm you will be importing flights from CrewConnect. Click on “Yes” to add the flights. 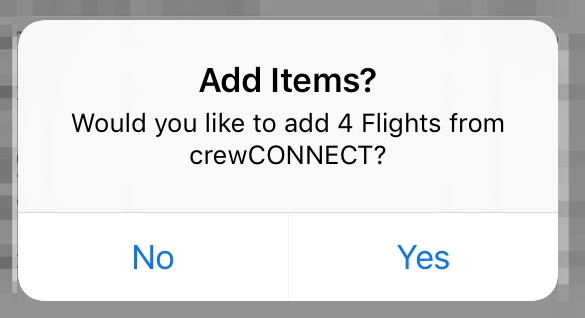 Your newly added flights will now appear in LogTen Pro X in Orange. 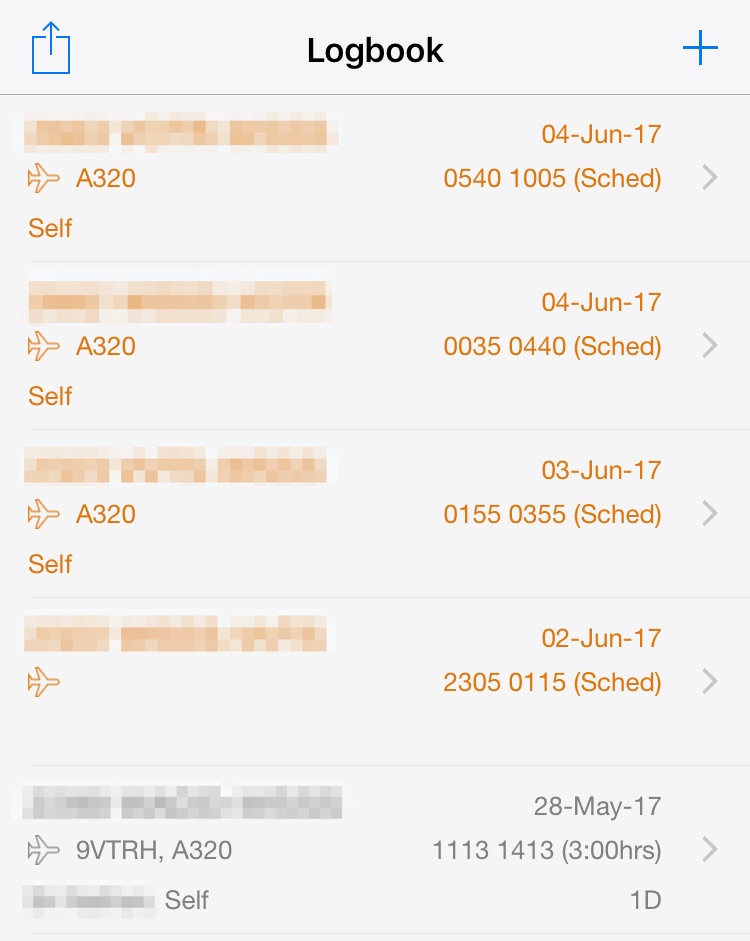 This is how the details of each exported flight look like in LogTen Pro X.

You will notice that a lot of the details have already been imported for you. After each flight, I will only fill in the following details

Logging of flights is less tedious with this integration between LogTen Pro X  and CrewConnect.

What can’t be done for you?

While CrewConnect and LogTen Pro X integration are working really well for me, here are some things that I wished could be improved on.

CrewConnect is available as a free download and S$9.98 per year for all the features. Download CrewConnect from the iOS app store now.

LogTen Pro X is available as a free download and starts from S$14.98 for all the features. Download LogTen Pro X from the iOS app store now.

I generally export only the next few flights into LogTen Pro one to two days ahead of time, as opposed to exporting the entire month’s roster. The reason for this is because of the likelihood of changes in flight throughout the month.